Shod with a brick 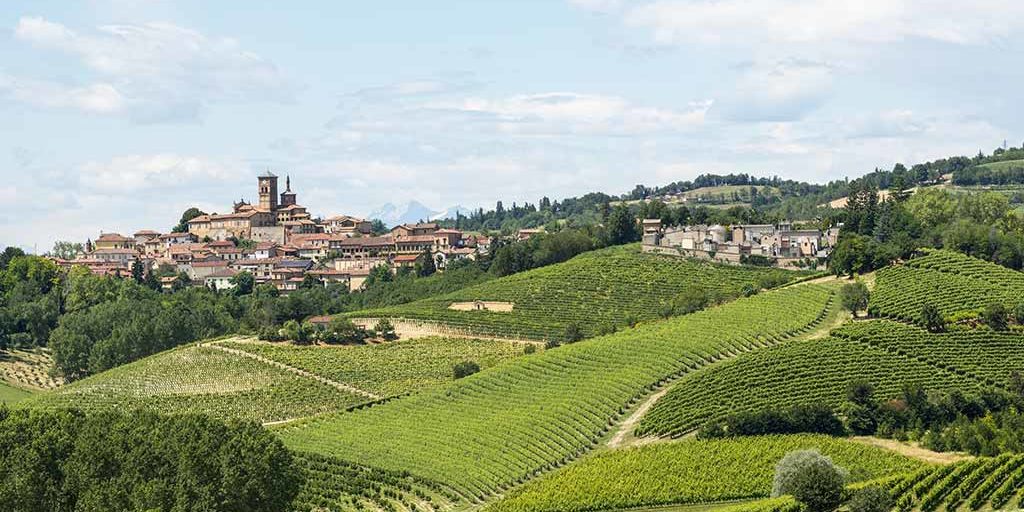 According to legend, it was Aleramo (Monferrato’s legendary Marquis who lived during the 10th century) who “invented” the Monferrato district while he was riding at full gallop towards his emperor’s promise: Otto I told him that all the land he could embrace in 3 days of horse riding would be his possession. And what about its strange name, (“Monfrà” in dialect)? This came about thanks to Aleramo who, in the rush, used a brick to shoe his horse. “Mon” is brick in dialect, whereas “fra” means shod. According to another explanation its name comes from “mons ferax” or fertile mountain, so called because of the fertility of this region. In any case, Monferrato is a generous wine producing region – a historically disputed borderland – in the heart of Piedmont, stretching from the edge of Turin to the eastern boundaries of Alessandria, while from North to South it covers the area from the hilly part of the Po river to the Langa of Asti.

A vast area where the wine rules uncontested, covering a wide range of varieties reflecting the wide differences in the landscape. From the Ovada area dotted with castles and vineyards, to the territory of Casale where the final hill tops overlook the rice-fields. Then, in the centre, the Monferrato of Asti, where most of the DOC wines (such as Barbera, Moscato, Dolcetto, Freisa, Grignolino and Asti spumante) are produced and from where you can take in at a glance the lawns, fields and poplar-groves of the valleys, the hills and the vineyards, kingdom of vine. This is the kind of landscape you will come across, going up between Castelnuovo Calcea and Montaldo Scarampi, between Calosso and Santo Stefano Belbo, between Costigliole and Montegrosso, between Vinchio and Nizza Monferrato.  This is where the heart of Monferrato beats.